Did you love Susan Cooper’s The Dark is Rising series and C.S. Lewis’s The Lion, the Witch and the Wardrobe? Then Winterling should be your next read. Fer’s the kind of girl who’d rather be out in the woods than stuck in school. She knows she’s different than other kids, but not how or why. After she rescues a shapeshifting boy from wolves, she discovers the answer. She’s a being of two worlds, the earth and the magical kingdom of Way. The Way, she discovers, is where her father disappeared. The Way is in danger of becoming an endless winter because of the enchantress Mor, who’s determined to get rid of Fer, just as she had Fer’s Father. The Winterling is the first of two books by Sarah Prineas. I can’t wait to read the next, Summerkin.
Strong female characters
Ages 8 and up 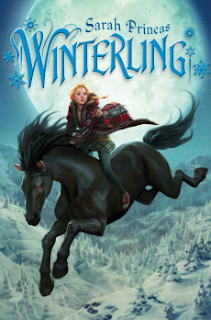